The mystery and possible solutions to the first two words of the Book of Matthew.

The start of the Book of Matthew seems reasonable, but a closer look reveals some tension. In the English translation, it begins with, “A record of the genealogy. . .” which appears straightforward. The Greek is ambiguous. It has Βίβλος γενέσεως, which is very close to the words the Book of Genesis.

Garrick V. Allen, A New Testament Scholar at the University of Glasgow, recently brought up this discussion via Twitter (@Garrick_V_Allen, November 21, 2021). Did Matthew intend to start his book as the new age of Genesis with Christ being the new incarnation for humanity? Or is it just accidental? COVID from historical, literary, political, ecclesiastical, and Bible perspectives. An eclectic mix from a Canadian viewpoint that produces surprising results.

History has a lesson of repeating itself and COVID is no different. Each plague unearths a new set of social problems that need address. There comes a point where history cannot give all the answers. Contemporary society is forced to make difficult but necessary changes within their particular context while avoiding the dangerous pitfalls on the way.

The goal here is to briefly touch on the history of pandemics through historical literature including the Bible, explore theological questions, and arrive at some political realities. 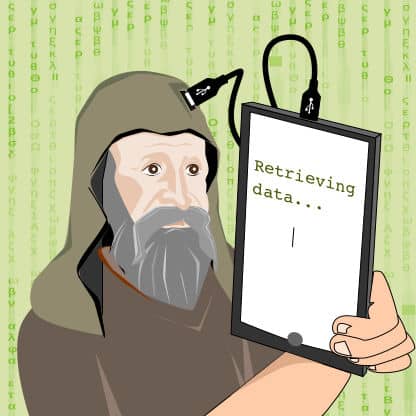 A journey that delves deeply into Greek grammar, etymology, and the politics behind the translation of Origen’s comments of I Corinthians 14:13–14.

This article covers the great third century Church Father, theologian and writer, Origen, regarding his commentary on the above passage in Greek. The coverage here is technical and produces by a step-by-step process in producing an English version. By doing so, the system reveals problems that plague the translation of ancient Christian texts.

Paul was executed in 51 AD under the rule of Nero according to the third-century Christian author, Ammonius of Alexandria, and two other writers.

A deeper look into this text and a translation.

Ammonius was trying to dispel a misunderstanding of the Herod dynasty about the timelines of Christ and Paul. Both are interesting but the history he ascribes to Paul is especially intriguing. By doing so, he gave the above information.

Few know about Ammonius, and less about his writings. Ammonius lived in Alexandria and was a noted Biblical scholar.1 Unfortunately, only remnants of his writings are available today.

An interesting person along with important historical texts. His persona beckons an English translation so that his contribution is more widely known. So, this is what the rest of this article intends to do.

The following translation has a little crossover of John Chrysostom and some influence by the eleventh century writer, Theophylacti of Bulgaria. It appears from a very informal look that most of this is penned by the hand of Ammonius.

A question of properly translating πιστός and ἄπιστος in Byzantine Greek Church literature.
Should they be translated as believer/unbeliever, or faithful/infidel?
The translation of believer is not difficult to accept, though it is a tad ambiguous in today’s English, but unbeliever is too neutral. It does not reflect the intensity ascribed to by the majority of the original writers. Infidel may be better suited. It is a strong word that has near racist implications based on religious grounds, and has especially been propagated by media coverage of radical Islamic actions against those who do not share their beliefs. In reference to some Byzantine Church writings, infidel feels closer to the writer’s intent.

A helpful guide for anyone reading Origen and getting stumped over his semantically diverse theories of knowledge.
Many historians and academics rank the third-century Christian theologian and thinker, Origen, as one of the best earlier Christian writers. He was steeped in Greek literature, structure and thought. Not only this, but his zeal for knowledge was wrapped in sincere piety. These characteristics were reflected in his writings.
This combination is especially found in the catena ascribed to him on I Corinthians.1 One is hard-pressed to comprehend the semantics of his knowledge words. This applies to the majority of his other works as well.
As a reader and translator of Origen, one must have a precise understanding of the Greek system of knowledge. There are a number of words for knowledge in Greek and have different applications. Understanding these words in the original context is a gateway to Origen’s mind.
This article attempts to unlock the words of knowledge in order to better understand Origen’s text. The beginning is difficult and complex for the English reader to understand but the end is rather simple. Origen wanted to know things in such a way that changed his worldview and his interaction with it. Studying was not simply for the sake of knowledge but becoming a better, more complete person.
Anyways, we will get into the details of his concept of knowledge starting now.

A brief look into the earlier Church, its treatment of outsiders of the faith, and Jews.

If anyone begins to read ecclesiastical writings with keen interest, it will be inevitable that one has to struggle with the antisemitic remarks in ancient Christian literature. As the researcher looks further into the issue, one finds a problematic and complex genre that requires untangling.

Antisemitism was a small part of a much larger problem. This fervor was not directly a problem with Jews but anyone or anything outside the Christian realm. The Church viewed anyone outside of the Christian community as less-than-human. One of the more obvious discriminatory references in ancient Christian literature and regular Greek ones was against the Scythians (ancient Russian people). Christianity’s political and military aspirations in some epochs sought to annihilate any person or population that did not embrace its message. They sometimes spared Jews due to their theological history. Although they often were exempted from the sword, they were second-class citizens.

At least they could tell their story of oppression. The many other pagans and whole unclassified communities who refused to convert have stories that will permanently remain unknown.

The narrative explained above is the dark side of our Christian heritage that forces any Christian theologian or leader to grapple with at some juncture.

A closer look at the reliability of Tyrannius Rufinus’ Latin translation of Gregory Nazianzus’ Greek work On Pentecost.

Little attention, if any, has been directed towards his Latin translations of Gregory Nazianzus, but debate has surrounded Rufinus’ translation of his other works. Using these other established discussions as a guide, this article ventures into determining how Rufinus fits in the Gregory narrative.

In a number of scholarly circles, the translations of Rufinus have been under careful scrutiny, and the consensus was that Rufinus’ translations were not reliable. However, this attitude is changing.

This article is for those who wish to read and translate Greek manuscripts as close to the original as possible.

Greek minuscule is a handwriting format that was much more efficient than its earlier counterpart. It used a smaller, and much more rounder style, and ligatures — that is the combining of letter combinations into one symbol; symbols for inflectional word endings, and abbreviations. Think of it as traditional handwriting combined with a shorthand texting format.

This article is intended to help beginners in Ecclesiastical Greek develop a strategy to translate a wide range of Church writings.

The Church fathers used the common written language in use during their time. This was Attic Greek.

There are two caveats though: first there are many sub-dialects in Attic Greek that the translator has to be conscious of. Secondly, many manuscripts were modified by medieval copyists and are mixed-bag of old and newer constructs.

Greek in the ancient world was much like the contemporary English language. There is koine English, which is a base form of English which many countries and regions share very similar commonalities. For example the United States south, British, and Australians can communicate with only a few problems. However, each one does have some distinct words and pronunciations that each party quickly recognizes and makes adjustments. Ecclesiastical Greek has many authors that wrote in their own sub-dialect similar to the slight differences found between British, American and Australian literature.