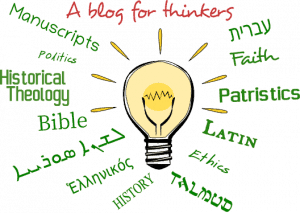 This site is intended for the advanced reader on topics relative to the Christian faith.

The focus is on comparative literature between Hebrew, Greek, Latin, and Aramaic sources. Other articles also dwell on christian mysticism, philosophy, and a few tidbits of ethics and politics from a faith perspective.

The website is designed that you can follow the conversation even if you do no know the languages. And if you want to learn an ancient language, there are many helps along the way to assist you in this journey.

The articles published here could not have happened without the help of Google, Microsoft, the Vatican and the many museums around the world bringing historic works into the digital sphere. Thank you to all of them.

The internet has brought on a revolution in digital humanities. We are in an epoch that the ancient sages would salivate over. Ancient manuscripts are only a few keystrokes away. What would take days or years to collate, or through the slow process of inter-library loan, or the old method of traveling by boat, air or car somewhere in the world to view a manuscript or a rare item (that is if you were granted viewing and that the cost was agreeable) are gone.

There are so many exciting things about working in an ancient language, a manuscript, or any literature in general. At one moment it is in the language or grammar that captivates. In another moment, it is admiring the creative writing or artwork of a manuscript. Often it is the theological or philosophical insight, or the message itself. Most of all, what I really want is to understand the meaning, and how it applies for today.

It is amazing how a good piece of literature, whether written 3,500 or 10 years ago, never seems old or outdated. A good story, whether it be fiction or non-fiction, never dies. They teach immortal life-lessons.

Reading ancient literature draws a portrait of the human psyche — the good parts, the bad, the innovations, the resistance to change, the humanity, inhumanity, truth, lies, strokes of genius, and demonstrations of sheer silliness. My fascination surrounds people writing about their personal and community identities. They are guideposts on where we fit in the great cosmic story and the continual struggle to survive. These narratives have been ongoing since the creation of man and it is interesting to see this unfold over almost 5000 years of literature.

This passion naturally connects me to the modern people of Israel, Palestine, and the Middle East. You may also see some contemporary political articles sneak in because of this.

The topics in the first four centuries AD demand the most interest because there is so much information to choose from.

Readership has been steadily growing and reader feedback has helped make this site even better. Thank you very much for your engagement.

About Charles A. Sullivan 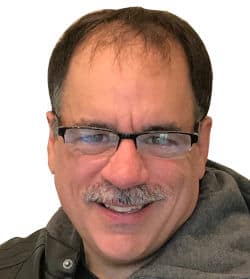 Studying and translating ancient texts has been a hobby for almost three decades now and I enjoy it thoroughly. The website is a reflection of this passion.

My background is a B.A. from Winnipeg Bible College (now known as Providence University College) which is located in the province of Manitoba, Canada. A desire to get more in-depth studies brought me to the Hebrew University Overseas Student Program in Israel. This was where I began the journey into languages and manuscripts.

The study program quickly revealed that there are few jobs in this industry and those that exist in the evangelical world that I belong to, didn’t pay very well. The scenario is even worse in the Pentecostal and Charismatic realm where they are suspicious of any higher learning. So I went into the technology field instead as a pre-press computer specialist and then worked my way up to systems administrator.

In fact, you probably have seen elements of my contribution in the realm of publishing such as the various daytimers by Premier School Agendas handed out to students at their first day of school throughout North America, or the 7 Habits of Highly Succesful Teens by Sean Covey (First Edition). This chapter is now closed in my life but it sure had its exciting moments.

It is hoped you enjoy the findings here as much as I have had in the discovery, development, contemplation and delivery of every subject covered in this website.

P.S. There are a number of Charles Sullivans on the internet. One is very much involved in the Palestinian-Israeli conflict, and another is a well known American lawyer. I am not related to either of these people.