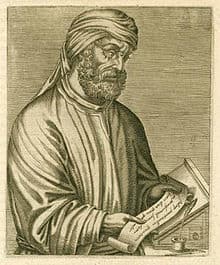 When it comes to glossolalia and Tertullian, it is the making of a mountain out of a molehill.
It is unfortunate that the second century church leader, Tertullian, was given a prominent seat on the subject, while authors such as, Cyril of Alexandria, Augustine, Gregory Nazianzus, the Ambrosiaster text, Epiphanius, Michael Psellos, and many more ecclesiastical writers who wrote specifically on the christian doctrine of tongues, have been largely ignored.
A critical analysis of Tertullian’s supposed reference to the christian doctrine of tongues supports that he is over-hyped on the subject.
There is one facet of this study that is indisputable — Tertullian believed the gift of tongues and interpretation, along with many other gifts, such as healing, were still operative during his time. However, he failed to specify if this was simply speaking a foreign language by those trained in such languages, a supernaturally inspired speaking in another language, or something else. He simply stated that it existed and added nothing more.
The oft-cited Tertullian text on the doctrine of tongues is found in Against Marcion Book V. 8:7-12, and it is not a strong connection. But for the sake of readers wanting to find out for themselves, a translation, and explanation have been provided. The actual translation and Latin text can be found by reading Tertullian on Tongues: A New English Translation. All the comments below are based on this text and translation.
Tertullian was a poster boy for the nineteenth century and later higher criticists who made the case that tongues was nothing more than religious frenzy, a glossolalic outburst that had antecedents in pagan Greek religions. The development of this modern doctrine is treated in greater detail in Introduction to the History of Glossolia. These are a series of articles which traces the inception of the doctrine of glossolalia in the 1800s, its overtaking the traditional Christian position, and its evolution. If one is to use a more comprehensive methodology and trace the christian doctrine of tongues using historical Christian literature from inception to the twelfth century, Tertullian’s contribution appears minimal.
The initial approach to including Tertullian in the Gift of Tongues Project was to post both the Latin text alongside an already published English translation by Peter Holmes. His translation was published in 1885 as part of the well-known series, Ante-Nicene Fathers, which today is easily available on the internet.1 However, it was found wanting from technical and readability perspectives. Ernest Evans updated the translation in 1972, and great improvements were made, but the portion relating to the supposed tongues speech still remained obscure.2 The goal of my translation was to make this portion of Tertullian clearer for the modern reader.
Tertullian on Tongues: A New English Translation is partially based on Holmes text, along with some help from Ernest Evan’s translation.
There are a number of differences.
First of all, Tertullian comes across in the Latin text as more combative against Marcion, even mocking. An attempt was made to make that more apparent.
Secondly, the translation of the Latin keyword lingua was changed from tongue to language. This makes it closer to the intent of Tertullian. This is an editorial decision made early on in the Gift of Tongues Project and is consistent with almost all of the translations found on this site. For more information please read, The Difference Between Language and Tongues.
Thirdly, the feature of Tertullian’s work is not about tongues but the role of women in the church and and how Tertullian felt that there was too much female authority in the Marcionite sect. He stated that women have the right to prophesy, but not to instruct; a practice which was happening in the Marcionite movement, and thus considered heretical. The address to languages in the church is happenstance.
Tertullian was positing that women could not be moral, political, or theological leaders in the church at large. He had a compromise and that was the office of prophecy. This was considered a high status in the Church and women could have a significant impact through this agency. Tertullian appears to be a misogynist in modern terms, but his concept of women being able to prophesy may have been revolutionary for his day. More research on this aspect needs to be done.
There are two key phrases that set-up the scenario and are difficult to translate:

2 thoughts on “Tertullian on the Doctrine of Tongues”