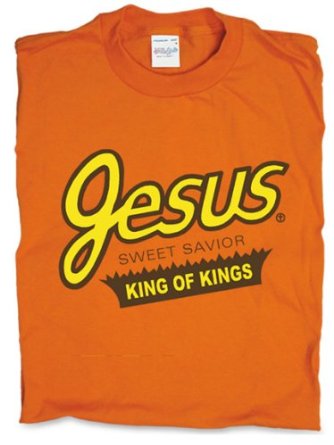 Outlining how the superficiality and the anti-intellectualism of the Evangelical movement are causing a significant decline in membership and the remedy for it.

Churches from numerous types of backgrounds see that their numbers are dropping and are quickly upgrading their style of worship. Other solutions are renovating the church foyer into coffee shops, pressing people into the small weekly groups, producing appealing dramas, or spending on new personnel and equipment to better communicate through the web, apps, video and other burgeoning technologies. These approaches help, but there is something far more profound going on.

The problem of intellectual integrity

Rachel Held Evans, a popular American Christian blogger, and author has recognized the serious problem of younger people dropping out. She wrote an important article on why millennials are leaving the church. She states, among many things, that it has to do with the clash between faith and modernity. Millennials feel caught between “their intellectual integrity and their faith, between science and Christianity, between compassion and holiness.”

Mark A. Noll, a well-known history professor at the University of Notre Dame adds to the idea of intellectual integrity. He wrote in his book, The Scandal of the Evangelical Mind that Evangelicals don’t think, and concludes that there is not much of an Evangelical mind. This problem then surfaces in the Evangelical church being ill-equipped to challenge the world of contemporary learning with little room for self-criticism or complex faith issues.

Kevin Vanhoozer, a research professor at Trinity Evangelical Divinity School, adds to this. He believes that Evangelicals have never learned how to think for themselves within a Christian framework.

Evangelicals have been very good at providing Bible-study helps—word studies, for instance… But I’m not sure your average Evangelical is able to use the Bible as the interpretive framework for his or her daily life.

The idea of anti-intellectualism brings the discussion to Charismatics, Pentecostals, and Third Wave Churches—collectively called Renewalists. They are part of the Evangelical umbrella but now in the process of supplanting it. They are the fastest growing form of Christianity in the world today. Renewalists are not equipped to engage with the national conscience; they have neither the knowledge of 2000 years of Christian history and practice nor the understanding of contemporary technology and social constructs to actively participate in the complex challenges that confront society. They have instead retreated into the realm of Christian mysticism. Many Pentecostals, and especially Charismatics, believe that reason and faith are opposite in meaning and that the only solution is to meet God through a mystical experience. This mindset appears more distant and radical than the previous iteration of Evangelical Christianity to the public. Christian mysticism is a shift in approach, but the anti-intellectualism remains consistent.

There have been so many changes in health, technologies, gender roles, morality, relationships, and scales of economics, that they have created many grey areas. The Bible was written when none of the present technologies and discoveries existed — contemporary developments that have a significant impact on our daily lives. The future of Evangelicalism is how leadership engages in these discussions.

Evangelicals are coming to realize, especially children growing up in this framework, that their religious system contains an insufficient answer for today’s challenges. Many churches promote the old Evangelical lines of accept Jesus or that any of life’s problems can be answered with Jesus or promote more faith, piousness, earnestness or sincerity to plow through life’s difficult challenges. It doesn’t take long to discover that these simple formulas do not work in most situations.

However, it is not just millennials. It is also generation x people leaving as well for similar reasons.

The war against modernity is over. Evangelicals need a new identity.

The Evangelical movement has always been a counter-movement. One of its central tenets was rejectionist of modernity. Science was believed to be a competitor for the religious mind and the overthrower of the old order. This war against modernity is honorably lost, but many Evangelicals have not given up fighting. It is part of the Evangelical tradition.

Evangelicalism as an opposer of modernism has run its course. It is no longer relative. The younger generation can no longer use this as part of their religious identification.

The Church as a marketed brand instead of a trusted source has negative consequences.

Instead of the Evangelical and Renewalist churches with a long term plan of educating and discipling, they have focused on marketing instead.

However, millennials and gen-x have become much more adept at screening out marketing and campaign pitches. That is an old schtick. The emphasis on slick marketing and branding with so little focus on content has hit many peoples BS radar.

The late comedian, George Carlin, a well-known stand-up comic, satirist, writer, and author, addressed this contemporary opinion in one of his most famous comedic routines. He stated that “When it comes to bull***t, big-time, major league bull***t, you have to stand in awe of the all-time champion of false promises and exaggerated claims, religion.”1

As of August 5, 2016, there are over five-million views on his delivery on this subject. He was merely reflecting a common public opinion – one similarly echoed in my home and community that surrounded me while growing up. George’s audience loudly cheered him on. The Evangelical church has not attempted in any way tried to remedy this tension except dismiss people like George, and the many millions, if not hundreds of millions of like-minded people, as utterly lost. This lack of address is a massive failure in Evangelical leadership and severely dilutes their message.

The problem of too many different churches

There are so many diverse Evangelical churches competing for the same audience that it makes propositional truth appear as a relative entity.

The public has become confused about the Evangelical faith because of the different sets of values, missions, and emphasis different churches hold. With no central authority or definition, the conflicting messages remove the idea of consistent propositional truth. Evangelical churches are viewed then as a personal brand from the selection of choices found in the religious supermarket.

The Church as alternative stage of entertainment

The Church does not have the budget or the skills to compete in this realm.

The attempt to compete with music studios, movie theatres, Netflix, sports and recreation for their audience has gone flat. They can never compete at this level and win due to the massive amount of money needed to produce a successful project. Neither is it the primary mission of the church to do this.

Adapting to the changing role of church in society.

The church as a universal institution was once involved in all the processes from birth to death. Education, hospitals, welfare, marriage, and cemeteries were fundamental in the realm of church affairs. These offices are now wholly transferred to the state. There is no primary role for the church in the present society. It is in an identity crisis.

What needs to be done?

For the Evangelical church to survive, there is a need to address two critical issues. The first — real content through empowered leadership. Leaders need specialized training to lead congregations through the accelerating myriad of technological, ethical, and moral labyrinths produced at a dizzying rate.

Secondly, If Christians understood their history, there would be much less need to reinvent the wheel in many basic structures of right Christian living in this modern day.

Studying the ancient sages is a good reference point and should be the start of creating a Christian worldview. As one reads historical writings, one will naturally conclude that these ancient writers were far more intelligent than given credit, and although our technology has evolved, philosophically, we are no different. For everything that happens today, there is likely a philosophical parallel in history where societies, communities, and peoples have wrestled with and have come up with a solution.

Discovering these ancient writers and applying them to modern problems should not be a requirement for the lay-person, but mandatory for any church leader. It is their responsibility to communicate these messages in a manner easily understood by a contemporary audience.

When using historical traditions as a guide for building an alternative worldview, it is not meant to be rejectionist of the modern scientific community or their opinions. Philosophically there are some crucial differences, but the truth, whether found in science or religion, remains truth.

An emphasis on content would bring churches to similar core values, and the public would recognize a coherent set of truths consistent among the broad spectrum of the Evangelical faith.

Evangelicals have to change the approach to Scripture. Scripture does not contain every answer to life’s problems. It does provide essential information on the character and nature of God, our relationship with Him and life’s vital questions.

Where it is not explicitly clear in Scripture or the challenges of technology go beyond the historical imagination, then it is the God-given role of the church to decide exactly what those answers are, based on inference, history, experience, and wisdom. It takes sharp, trained and experienced leadership to accomplish this.

One of the most significant problems in building a comprehensive framework for understanding and interpreting life from a Christian religious perspective is the Renewalist/Evangelical bias of history. There is an assumption that the contemporary mind has far superior ideas about God, the world and life around us than a medieval man. This view tends to be rejectionist of all history and its writings. The attitude also holds high suspicion against traditional institutions such as Baptists, Presbyterians, and other mainline denominations.

Unfortunately, this leaves us with a spiritual and religious void. There is a look for alternative solutions. Celebrity endorsements, the building of a religious celebrity persona, cliches like got Jesus? do not fill the vacuum. For some, the solution is to not address the issues and live within a religious bubble. For others, it is the crossing over into traditional Christian Orthodox or Catholic life, becoming part of the Messianic Jewish movement, joining the Hebrew Roots Movement, or the many other choices among the Christian religious smorgasbord. For most, especially young people, it is rejecting institutionalized religion altogether.

So my answer on how the Evangelical church can remain relevant and attract people — get some rich content and communicate it well. Superficial can only go so far.

This shallowness is a crisis time for the Evangelical movement. If it cannot redefine itself with a deep and real purpose, its future will be uncertain.

3 thoughts on “Why the Evangelical Church is Declining”