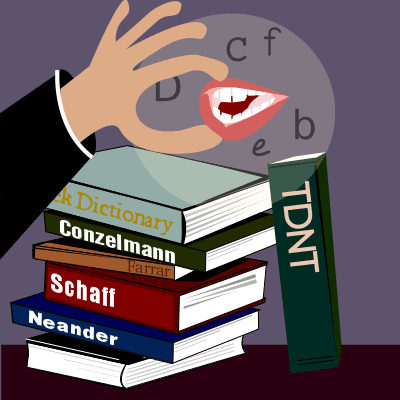 An examination on why the traditional doctrine of tongues as a supernatural endowment of a foreign language all but died and was replaced by the doctrine of glossolalia.

The doctrine of glossolalia is not an old one in the history of the church—rather it is a newer innovation that is less than 200 years old. This theory is an alternative rational framework created by German Protestant theologians in the 1800s to explain speaking in tongues as found in the New Testament—specifically a few paragraphs in Acts chapter 2, and Paul’s writing in first Corinthians.

The doctrine of glossolalia intended to explain both Pentecost and Paul’s mystery tongues using classical Greek sources and the Montanists as its basis. The explanation almost entirely neglects any ecclesiastical writings to arrive at its conclusions.

The rise of the glossolalia definition and the abandonment of the traditional one was also primarily due to the casualty of ecclesiastical writings dropped as historical literature and switched to the category of legends and myths. There is a purposeful de-emphasis of anything from 300 AD onwards in the primary, secondary and tertiary sourcebooks from the 19th century onwards.

This neglect has had a profound impact on the controversies surrounding this doctrine. If this de-emphasis on ecclesiastical writings did not exist, it would change the current debate altogether.1

The subject first became a central focus point of German theologians in the 1800s due to a heightened interest created by the Irivingite movement. The Irvingites were a London based church known for their enthusiastic emphasis on speaking in tongues. They believed this miraculous outpouring was a sign of the end times.

The glossolalia doctrine was first introduced in the 1830s by Frederick Bleek and F.C. Baur, and then reinforced when Augustus Neander published his highly popular, Geschichte der Pflanzung und Leitung der christlichen Kirche durch die Apostel (Planting and Training of the Christian Church by the Apostles). Although Neander, at least to my knowledge, did not introduce the word, glossolalia as a keyword, he established the theological direction and gave it substance.

The highly esteemed Anglican theologian, Dean of Canterbury Cathedral, and pallbearer for the funeral of Charles Darwin, F. W. Farrar, made the doctrine an international phenomenon when he published his book, The Life and work of St. Paul in 1879. This bookmarked the first time glossolalia entered the English vocabulary.

The concept was further reinforced by the German turned American theologian, Philip Schaff, whose contribution to the English reading audience on Church history and theology is immeasurable.

The theologians behind the movement trace the development of tongues through the Greek Prophetesses at Delphi rather than Pentecost—a rite that pre-dates Christianity. The Prophetesses were sequestered in a chamber where volcanic fumes would irregularly rise from the cracks. The contents of the fumes would physically affect the prophetess to go into an ecstatic trance and speak prophetically. Members of the Greek public, whether the commoner, Kings, or Generals, would go before the prophetess for divine guidance for personal or international affairs. How and what the prophetess spoke is controversial—whether they spoke in ecstatic utterances, hexameter verse, or foreign languages is a matter of dispute. To the German theologians and those who follow this doctrine religiously, they were ecstatic utterances.

They then later trace the doctrine through the Montanists rather than Augustine, Gregory of Nazianzus, Cyril of Jerusalem, and a host of many other church leaders.

Pentecost and Paul’s reference to tongues is then interpreted as ecstatic utterances according to this interpretational system. The architects could arguably be correct on this point, but this is not the purpose of the Gift of Tongues Project to make such a judgment. One of the goals of the Gift of Tongues Project is to trace the perceptions of tongues throughout history which may or may not align with reality.

The doctrine of glossolalia has widely expanded since the 1800s and has become the principal framework for all primary and secondary source works on the subject. The approach has become so popular that it has almost extinguished any vestige of the traditional ecclesiastical doctrinal system that evolved over the previous 1800 years.

The Pentecostal doctrine of tongues changed their definition after 1910 when their concept of missionary tongues failed. They looked to primary and secondary source works for an alternative explanation. Their solution is an adaptation from the works of Farrar, Schaff, and a few other like-minded individuals.

This new definition has a personal history separate from that of the ecclesiasts who guarded the old doctrine of tongues as a miracle of either a person spontaneously speaking a foreign language or the recipient hearing sounds in their native one. Rarely has the new definition of glossolalia been critically examined or traced from its initial beginnings to the present. This examination is what the series, A History of Glossolalia, is all about.

The above is a summary of this topic. Readers who have subscribed to this website or frequent the works of the Gift of Tongues Project are a skeptical and unassuming audience. They want details and substantiation. For this reason, there are a series of articles generated.

The reader will discover a rich story behind the development of this concept with exact names, disputes, and places. This series of articles will show the change from a miracle of speech or hearing to glossolalia. This change was a process that took over a century to develop and became universally and unquestionably entrenched.

Here are a few more essential details to set-up a proper background to this series and additional information to the above comments.

What is glossolalia and were the ancient Christian writers aware of this practice?

Though there are many words to describe modern tongues-speaking such as ecstasy, ecstatic utterance, frenzy, etc., glossolalia will be used throughout this series as a blanket term.

Glossolalia, ecstasy, and ecstatic utterances are the same words to explain something unintelligible and meaningless. “Glossolalia is language-like because the speaker unconsciously wants it to be language-like.”2

If one looks closely at all the church writings from the fourth century onwards, the overwhelming evidence demonstrates the church had a different framework. They understood the miraculous use of tongues at Pentecost as either spoken or heard as foreign languages. Historical leaders such as Augustine, Gregory Nazianzus, Epiphanius, John Chrysostom, Cyril of Jerusalem, Cyril of Alexandria, the Ambrosiaster text, Pachomius, the Venerable Bede, Pope Benedict XIV and more have covered the subject. The details may be different, but all agree that it was a foreign human language. Their critical debates revolved around three theories. Whether it was a miracle of hearing or speaking. Whether the language constructed itself internally within the mind or converted at the last moment on the lips.3

These church writers were not aware of an alternate interpretation of tongues as ecstasy or glossolalia.

Michael Psellos in the eleventh century was well aware of the Greek prophetesses going into an ecstatic state and speaking in foreign languages. He knew that there could have been a relationship between this and the christian practice but dispelled the correlation outright. Neither did he believe that the ancient Greek prophetesses spoke gibberish or a highly exalted language. He believed they were speaking a foreign human language. When the connection between the Greek prophetesses and christian tongues occurred in the early 1800s, Psellos important contribution to the debate was neglected out of ignorance or willfully ignored.4

The initial problem connecting glossolalia with the christian doctrine of tongues.

An implicit bias in the doctrine of glossolalia is its absence or little use of the church fathers. Many scholars who were proponents of tongues as glossolalia failed to recognize or integrate base christian texts, selectively choosing weaker ones instead. They neither wrestled with the church texts in any detail to assert or repudiate their claims.

The church fathers focused mainly on the Day of Pentecost in Acts where they believed the experience to be people supernaturally endowed with the ability to speak in foreign languages. Paul’s coverage of the tongues problem in Corinth has been more difficult for the ancient church writers to cover. Most have avoided explaining it, choosing to go into allegory or emphasizing the moral force of the text: the need for charity instead of pride. Noted exceptions to this were: Epiphanius, who saw the Corinthian problem as an ethnolinguistic conflict, the Ambrosiaster text, which summed it up as a conflict between Aramaic and Greek-speaking Jews; and the Cyril of Alexandria text* which explained problems arising from hypothetically speaking in Eastern languages such as Mede in a Greek-speaking community. These church writings can be found documented at the Gift of Tongues Project.

Problems connecting Montanism and their glossolalia with the christian doctrine of tongues.

Scholars from the realm of Higher Criticism have introduced Eusebius’ coverage of the Montanist movement and their ecstasies as the historical definition of speaking in tongues in the church. However, the Greek keyword for tongues does not occur in the Eusebius text. This omission is very problematic and weakens this solution. The ecclesiastical writers made no connection with the Montanists regarding speaking in tongues. Neither can any person find documents with the church specifically arguing for or against Montanist tongues. The Montanist framework for explaining christian tongues did not arrive until 1500 years later. Conyers Middleton started making this connection in his publication, Free Inquiry5 This is a later interpretation that cannot be substantiated through early historical literature.

The influence of Protestant German scholarship, especially beginning in the late 1700s and flourishing until the mid-1900s, set the framework for all academic study of the Scriptures throughout all regions in the world, especially those dominated or heavily influenced by the various strands of the protestant faith. Their particular approach on rationalist and empirical study of the christian faith is referred collectively as Higher Criticism. This term is used throughout the documents.

The series of articles.

The History of Glossolalia is a large work and is broken into a number of articles. Here is the complete listing:

More articles that focus on the special relationship between Glossolalia and Pentecostalism:

1 thought on “Introduction to the History of Glossolalia”