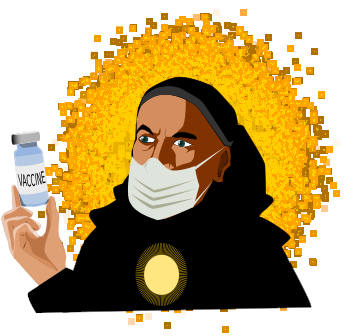 COVID from historical, literary, political, ecclesiastical, and Bible perspectives. An eclectic mix from a Canadian viewpoint that produces surprising results.

History has a lesson of repeating itself and COVID is no different. Each plague unearths a new set of social problems that need address. There comes a point where history cannot give all the answers. Contemporary society is forced to make difficult but necessary changes within their particular context while avoiding the dangerous pitfalls on the way.

The goal here is to briefly touch on the history of pandemics through historical literature including the Bible, explore theological questions, and arrive at some political realities.

The Province of Manitoba is struggling with Church-Government relations.

An anti-mask protest and unlawful assembling in one of Canada’s Bible belts, Steinbach, and a major act of defiance by one of the largest churches in Winnipeg. These incidents show simmering tensions between the Government and some faith groups. 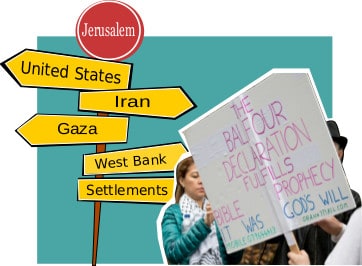 Pentecostals, traditional Charismatics, and third-wave Charismatics are collectively called Renewalists. They staunchly support the nation of Israel regardless of whatever behavior this nation exhibits. Is this a good thing?

There is a great need within the Renewalist movement to build a fair and balanced relationship with the nation of Israel, Jews, and Palestinians. The current oral tradition is sorely lacking equality towards Palestinians in general and Palestinian Christians in particular. 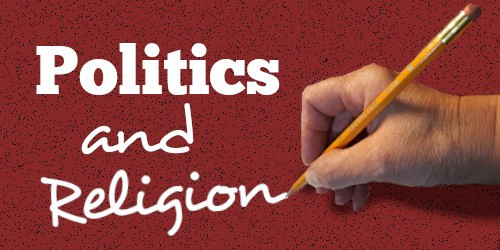 Canadian Christians in the political systems: the positives, negatives, and the quest for a framework that the two parallel systems can work together.

There is no doubt that the Christian community’s contribution to society is enormous. Half-way houses, food distribution, addictions recovery, disaster assistance, child and family services, mental health and counseling assistance, AIDs respite, a moral and ethical voice, are a few of hundreds, perhaps a thousand more examples. If Christians and their institutions withdrew these services, Canadian society would suffer.

The difference between fanaticism and true religion.

Fanaticism is an unhealthy set of principles that takes the letter of the law too literally and avoids compassion or feeling towards self or others. It is found in all faiths and ideologies. It is part of the human narrative.

On the other hand, true religion is one who lives by the higher law of love and commitment to truth. A condition that takes much more effort, patience and sacrifice to achieve than simply following a legal code.

There are good Christians and bad Christians, same with socialists, capitalists, Jews, and also Muslims. History shows that even non-religious systems such as Communism, and the attempted establishment of Western Democratic countries in the Middle East have run into the same problems of fanaticism. The ancient texts and modern history weaves the account that wherever humanity exists, greatness is found, but also the element of corruption and inhumanity always runs in parallel. 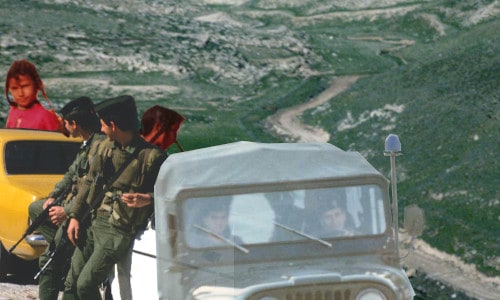 The connection between Pentecostals, Christian Zionism, Judaism and the State of Israel.
Many people do not realize that Pentecostalism is the fastest growing Christian religion in the world with an estimated 497 million followers world-wide and expected to top 1 billion by 2025.1 This is a sharp contrast to the 13 million people who call themselves fundamentalists.
It hasn’t gone unnoticed in Israel, who have wanted their share of this Pentecostal growth in their country. They see it as a serious economic contributor and a powerful political alliance.

The financial, political, social and religious relationships between the nation of Israel and Evangelical groups abroad.

Western readers should put their critical thinking hats on and be very careful when reading or viewing Middle East affairs — looks can be deceiving.
For example, take the Israeli-Hezbollah conflict that happened in the summer of 2006. Three different Hebrew editions of the same article on Haaretz’s website appeared over 48 hours, with each subsequent one including less definitive information.
This is exactly what happened with Joav Stern’s article published on Haaretz’s Hebrew online website on July 29, 2006.
In the original version Stern included Hassan Nasrallah’s speech made on the Lebanese Television station, Al-Manar as the lead-off paragraph. He cited Nasrallah’s conditions for a ceasefire, the return of prisoners, restoration of the geographical area of the Shebat Farms from Israel and more… This can’t be verified any longer because within 12 hours this statement was removed from Stern’s article.