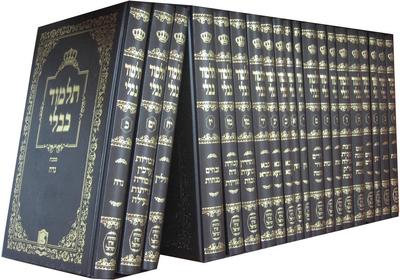 The Talmud is a very hard collection of books to define. Adin Steinsaltz, in his book, The Essential Talmud, may have the closest thing to defining it:

“The Talmud is the repository of thousands of years of Jewish wisdom, and the oral law, which is as ancient and significant as the written law (the Torah), finds expression therein. It is a conglomerate of law, legend, and philosophy, a blend of unique logic and shrewd pragmatism, of history and science, anecdotes and humor. It is a collection of paradoxes: its framework is orderly and logical, every word and term subjected to meticulous editing, completed centuries after the actual work of composition came to an end; yet it is still based on free association, on a harnessing together of diverse ideas reminiscent of the modern stream-of-consciousness novel. Although its main objective is to interpret and comment on a book of law, it is, simultaneously, a work of art that goes beyond legislation and its practical application.”

There are two distinct versions of the Talmud. The Talmud Babli, which traces its origins back to Babylon, and the Talmud Yerushalmi, which is to the Jerusalem area. The Yerushalmi is much shorter and is used less frequently. The Talmud Babli is the central source for discussion.
The Talmud has two major components. The Mishna — which has its basis around the 2nd century AD, and the Gemara — which was completed around the 5th century. The Gemara is a discussion of the Mishna and a springboard for many other items.
Surrounding these two major components are other commentaries and glosses whose contributions vary from the 6th to 19th centuries.
A typical page with explanations can be found at the University of Calgary.
One will see that this page is an art form and a precursor to hyper-texting.
There is no other religious document in the world that details the passing of thought throughout the centuries as the Talmud does.
This introduction is for those new to the Talmud and wanting to explore it in the English language. Here are some places to find good English literature on the subject:
There is a good online site to begin reading in English. It is called Rabbinic Traditions. It may seem overwhelming at the start with so many books, tractates, and other technical goodies listed. Feel free to go anywhere on the site and just read. After a while it will begin to make sense.
The Soncino Talmud contains the majority of the Mishna and the Gemara in English. It can be purchased, or often found for free in various iterations on the internet.
Anything Adin Steinsaltz has written on the Talmud is going to be good. The Essential Talmud, found at amazon.com, should be on everybody’s library shelf.
A. Cohen’s, Everyman’s Talmud, found at amazon.com covers the Talmud more from a systematic theological point of view. There is a wealth of information here for the Evangelical reader.
If one wants to get a little deeper, the following books are well-written:
Ephraim E. Urbach’s, The Sages: their Concepts and Beliefs, is an incredible piece of scholarship that also integrates Christian writings in certain places as well. It is out-of-print right now, but if you can get your hands on it, it is worth the effort.
Anything written by Jacob Neusner about Jewish writings is going to be excellent. His book, The Oral Torah: The Sacred Books of Judaism, is a good place to start.
Last of all, Gedaliah Alon’s, The Jews in their Land in the Talmudic Age, mixes more historical references than Urbach but not as theological, is also a classic.
These last three books are an especially must have in any ancient literature buff’s library.