A translation of an 1872 Jewish marriage contract, commonly called a Ketubah, completed in the South American country of Curaçao. 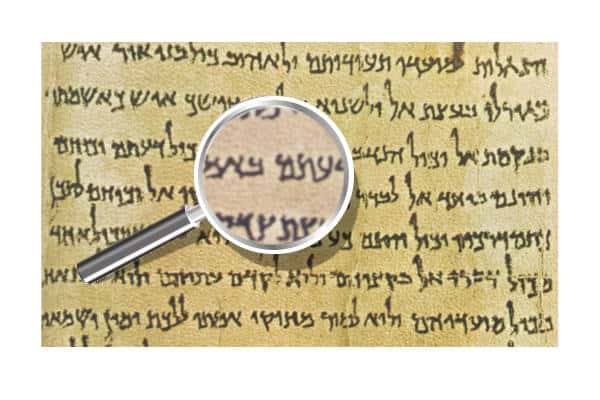 The subject is especially important to those of the Renewalist persuasion (Pentecostals, Charismatics, and Third Wave Christians). They believe that the tongues of angels Paul refers to is to the mystical rite of speaking in tongues. The explanation is this: when a person is divinely inspired and begins speaking tongues, they are speaking in a heavenly language that angels speak. 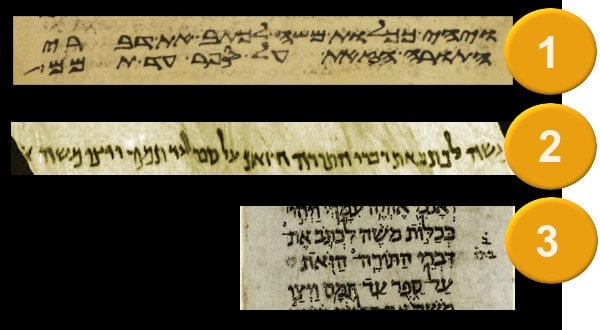 The influence of Aramaic on ancient Hebrew typography.

As shown throughout this blog, the Hebrew language was heavily influenced, and almost overtaken by Aramaic. In the first century, only in the southern reaches of Israel did the Jewish the population continue to speak in Hebrew (with a few exceptions of course).

This influence is greatly shown in the shift in typography. Although Hebrew was retained in religious texts, the handwriting was changed from ancient Hebrew to an Aramaic style. Not only was the script changed but Aramaic typography also became the formally instituted one. The ancient Hebrew calligraphy was later reserved for the Samaritans and their texts, whom the Jewish peoples historically greatly disliked.

Capturing the spirit of first-century Judaism through the window of the Dead Sea Scrolls and the New Testament writings.

The Dead Sea Scrolls give an important look into first-century Jewish life from a mainly Jewish-Hebrew perspective; a genre lacking until their advent. Most of our extra-biblical knowledge of Israel during the first-century was previously drawn from Jewish Greek and Aramaic writers.

A 3000-year general history on the Book of Psalms numbering and divisional systems.
The structural development of the Book of Psalms has an interesting and complex history.
The results are the examination of documents spanning a 3000 year time period. The reader will be journeying through Hebrew, Greek, Syriac, Latin and English texts. Don’t worry. You don’t need to know the languages itself to join in this expedition. This work is designed for both the researcher and the passionate lay reader. Many pictures will be provided that will assist. One can marvel at the beauty of the handwritten text without understanding it.

How the Jewish community adapted their religious system after the destruction of the temple in 70 AD.
The loss put Judaism at a crossroads. The destruction meant an end to the sacrificial system – a concept central to Jewish life and faith. This forced the Jewish community to adapt.
The best exposition and solution to this problem is by one of modern Israel’s great scholars–Ephraim E. Urbach. He covered this in his great work, The Sages: Their Concepts and Beliefs.
For those new to the legacy and writings of Mr. Urbach, here is a brief description: he “was a distinguished scholar of Judaism. He is best known for his landmark works on rabbinic thought, The Sages, and for research on the Tosafot. He was an unsuccessful candidate to be President of Israel in 1973.”1
Enclosed is his coverage on how the new Jewish identity had shifted from sacrifice to study and charity. 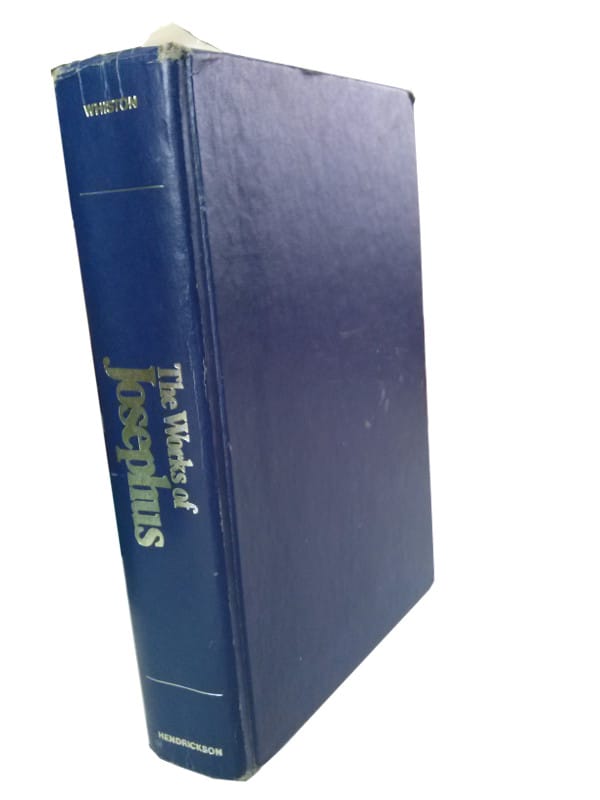 Why everyone who likes ancient Middle Eastern history should read the works of Josephus.

The contributions of the first century writer, historian, and apologist, Josephus are innumerable. His words wield such rich treasures in historical and theological artifacts, and are so well known for almost two millennia, that he likely is the most taken-for-granted author ever. Old English print copies, online versions, and even a movie has covered a portion or all of his works, which makes him so celebrated, that it feels like qualifying anything from him is stating the obvious. His works are well prepared and documented, and carry little controversy or surprise to almost anything. He simply adds more details to the already known historical records, and does a superb job with this, but his narrative writing form is very gripping – especially the The Jewish War. 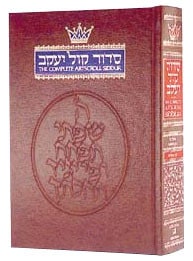 A detailed look at the nature and purpose of prayer from a Jewish prayerbook. A definition that sheds any superficiality and uncovers a deep and introspective rite that transforms the soul.

The ArtScroll Siddur contains one of the best definitions of prayer found anywhere. A siddur is a Jewish prayer book that outlines personal and communal prayers for almost any occasion; life, death, loss, birth, success, and everything in-between. It is written from an Orthodox Jewish perspective. The following is an excerpt.

The complex story on the present chapter and numbering system of the Hebrew Bible.
The present book divisions, chapters, verses and structure of the Bible were standardized in the sixteenth-century. One would think this would apply exclusively to the Christian editions of the Bible, but has been administered retroactively to ancient Hebrew Bibles as well.
Most would assume the Hebrew Bible is so old and carefully guarded that the text has been standardized for almost 2000 years. This is not so when it comes to book names, chapters and numbering. The Hebrew versions popularly available today are considerably different from the Dead Sea Scrolls when it comes to format structure.