How the Bible should be revered but not worshiped, and it’s proper place in the religious life. 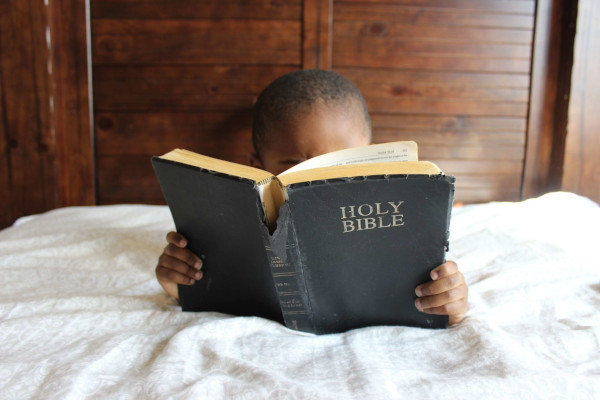 As a young child and at the point of first questioning matters of life, death, God, and everything in between, I discovered the Bible.

I thought this Book possessed a magical quality, so I slept with this heavy object underneath my head and expected spiritual wonders to happen. The next morning, my head hurt, and my ear was sore from rubbing against it.

As a young adult, the Bible expanded my mind about the world around me. It gave a positive framework of how to live.

On the negative side, it became a way to avoid emotional and intellectual engagement–an easy way out from the complexity of adult life and relationships. Discussions and personal decisions were unnecessary on most life challenges because the Bible had already endorsed or rejected many situations. It was already pre-packaged and done.

This is not a problem of God or the Bible. My retreat is shared by many in other ways. Some use communism, socialism, democratic capitalism, woke ideology, etcetera to do the same thing. All these systems are meant for good but misapplied for similar reasons.

The Bible can refer to a source of great liberation but can equally enslave and do significant damage if employed incorrectly. One can retreat into a protected world through the Bible and use it as a source to suppress others. Or it can give strength to bring justice and love to a lacking world.

Positive social effects of learning to Read the Bible

There are rewards for learning to read the Bible that extend beyond the religious realm. Literacy is one of them. It is a foundational pillar that Evangelicals stress with new believers. This emphasis not only makes some new believers who struggle with social or economic disadvantages functionally literate, but it often increases the literary skill-set from intermediate to advanced. This attainment leads to improved critical thinking skills and gives confidence for higher education and better job prospects. It opens a whole new world.

The close connection between literacy and the Bible has existed for centuries. Missionaries have used the Bible not only to spread the Gospel but also to put unwritten languages into written form and subsequently develop literacy within many populations initially unreached by western civilization. When these people groups finally intersect with the western world, their literacy positively aids the many health, cultural, legal, social, and political problems that typically arise. Wycliffe Bible Translators is an organization well known for this type of work. Bruce Olsen, a missionary to the Motilone tribe in Columbia, is a key figure for this approach.

Over Adulation of the Bible

Jesus spoke out against over-adulation of the Book, “You search the Scriptures, for in them you think you have eternal life; and these are they which testify of Me.” (NKJV) He addresses that the Bible is not an end. The Book is a reference point describing something far greater. So sleeping with the Bible, obeying the exact words, or even worshipping it misses the point.

Over-adulation has caused much bloodshed. For example, Jared Diamond, author of Guns, Germs and Steel, outlined how the Spanish used the Bible as a source of provocation and subjugation against the Incas. In 1532, when the Spanish conquistador Francisco Pizzaro first encountered the Incas and its leader, Atahuallpa, he summoned a Friar to bring a Bible before Atahuallpa. Atahuallpa, not knowing what it was, threw it on the ground. This reaction showed the Spanish that the Incas and their leader had repudiated God’s word — they were heathens. Therefore, it was legally allowable to slaughter and subject them to the King of Spain and the Church.

Many radio, TV and Sunday preachers often say, “the Bible says…” as if the words of this Book are the final authority. A statement that indicates that many are in the position of over-adulation of the Book.

This attitude leads to an important question to ponder. Is God jealous if we worship the Book and not Him?

The Purpose of the Bible

The Book is meant to reveal the character and nature of God. It is not purposed to cover all aspects of everyday living in some written legal form. Our daily living derives from who God is, who we are, and then do what is right.

It is the best collection of literature that outlines His nature and character. Other books may come very close, and some inspired authors, whether Jew, Christian, Muslim, or more, deserve an elevated status that requires time and attention, but this collection is the most definitive.

God is not too concerned about the inerrancy of His Word. On the contrary, He may allow imperfections to exist to prevent our civilization from idolizing the Book over Him. If the Book is perfect, God would almost be unnecessary in our everyday lives.

If the Book is inerrant and a complete guide, then all humanity has reached a static state where no social growth is required and rightly resistant to change. We have reached nirvana. We would remain in the second century without ever having the opportunity to explore and grow.

If the Book was perfect and we consider it a final legal text, it does not require personal or emotional connection or genuine concern for others. This approach can allow for inhumane practices or disrespect against those in need. In many cases, those in positions of authority can hide behind the veil of legal texts and remain apathetic.

The Christian faith urges us to love everyone as much as ourselves. We are obligated to pursue this higher moral law. Only when we fail this difficult standard can we apply a legal requirement. We must always try to live by the spirit of the law first.

If one is restricted to merely fulfilling a legal obligation, we do not have to think or care about others beyond this. We are simply fulfilling our civic duty, nothing more. This behaviour is one of the most dangerous conditions and outcomes.

Observing the legal responsibility is much easier than the moral route.

These thoughts on the subject are by no means final. It would be great to hear your views and practices regarding the Bible. Your comments on the subject would greatly enhance this conversation. One can leave a comment on the main website here, or go to Facebook, or dialogue at Twitter.